It’s just a few months into 2018, and it’s already shaping up to be a great year for food in Hudson County in general, and Jersey City in particular. While Rising Tide Capital is always excited to watch our entrepreneurs open businesses and thrive, it’s particularly exciting to watch businesses grow to the point where they are ready to open a physical location in and around our community.

Near our Greenville headquarters, there aren’t a huge number of places to find food, so selfishly, we’re excited to be within delivery distance of a lot of these business. Of course, purchasing from an RTC entrepreneur just makes lunch even better!

While speaking to several of the foodpreneurs in our network for this story, something became immediately obvious: each business owner possesses a drive consisting of equal parts passion and willingness to invest their sweat equity. It’s not something you come across everyday, but for these entrepreneurs, it is their everyday.

We of course didn’t want to keep these secrets to ourselves, so without further ado, here are four food businesses we’re eager to welcome into our neighborhood: 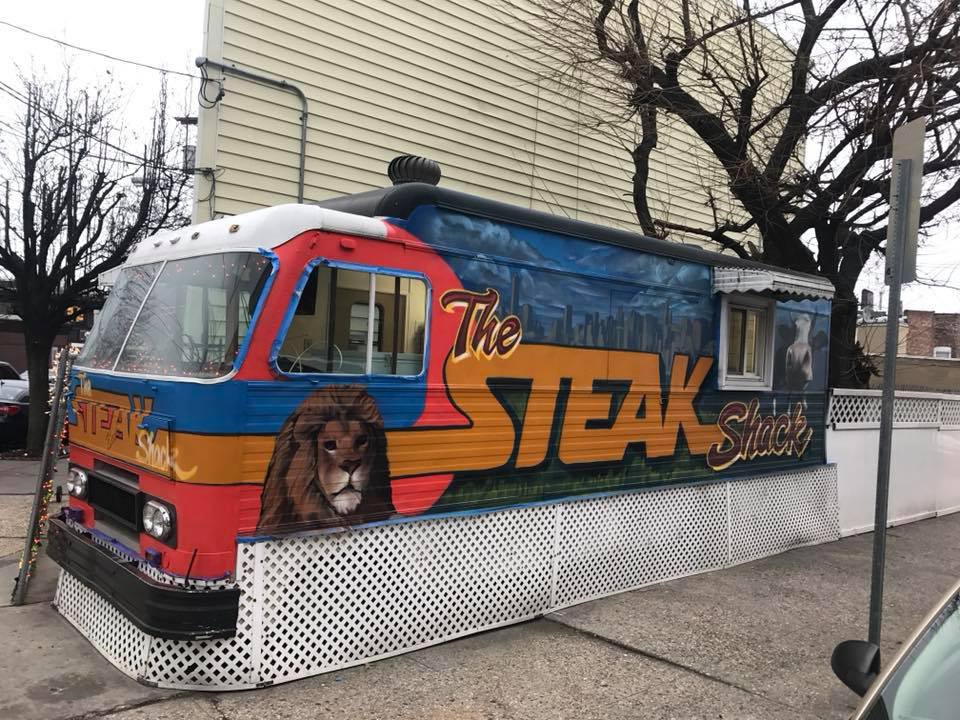 Type of Food/Service: Fast Casual Food that you can feel good about! The specialty is a filet mignon sandwich.

Credentials of Owner/Cook/Chef:  Chef and owner, Alex Sartoga graduated from The Culinary Institute of America and has worked in New York City for a number of years. Her resume includes being a private chef for the Board of Directors of Bank of America and owning a catering company,  Garden Steaks.

Biggest Challenges: Although Alex has meticulously planned out her business, she says that “no matter how much you prepare, there are always things you don’t anticipate.” Though she has run into a few obstacles in setting up at her location, she is excited to begin serving the neighborhood of The Junction.

How She is Meeting the Challenges: Alex says that having a network “definitely helps” as people, in her experience, are not only willing, but also excited to help.  Sharing similar experiences with and giving/getting advice from other RTC entrepreneurs in the area has been “extremely helpful and encouraging”. Alex and Courtney Knight of Wingin it (see below) regularly share experiences as they build their respective companies.

Why do you do what you do? Alex says that she has a love for both food and the sight of people’s joy when encountering her food. She loves “sharing what [she] like[s].”

Wingin It | Courtney Knight and Denzel Suitt | Class of Spring 2017 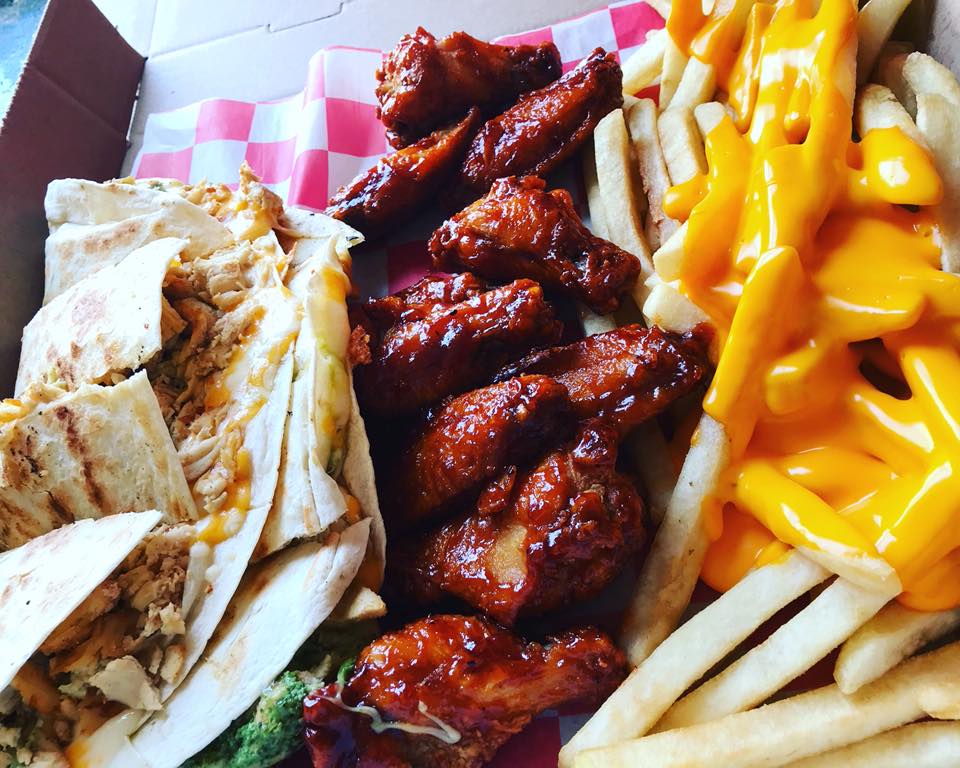 Type of Food/Service: Wings — Finger food: from wings, to quesadillas, to cheese fries, onion rings, philly cheese steaks and more. With owners as competitive as Courtney and Denzel, the food has to be good.

Credentials of Owner/Cook/Chef: Although the owners have no formal training (although they do have some food industry experience — Courtney once worked for Blue Apron), a love of food and a realization that when life comes at you, you need to know how to feed yourself, led to a passion for cooking.

Courtney was once at home and decided to entertain himself by writing a menu — after reading it, his fiancée convinced him to try and sell the items he had conceived of. With $120, he purchased a deep fryer and some chicken wings — almost immediately, he sold out, and the orders kept coming. Two years later, Courtney  and his friend Denzel (with whom he had a friendly cooking rivalry), are opening their first restaurant in Jersey City.

Biggest Challenges:  Courtney and Denzel’s biggest challenge right now is wrapping things up in the store. They say they have everything  “pretty much done” and laughed when they admitted “but when you’re closing in, you start to run out of money.”

How They are Meeting the Challenges: Right now, as the opening is just around the corner, both men are working overtime, but still trying to invest in themselves and their business. The entrepreneurs agree that social media has played a big role in keeping interest in their locations growing — the proceeds from their first location are making the homestretch to the Jersey City location that much easier, especially given the fact they have proudly built their business without taking out any loans.

Why do you do what you do? Both Denzel and Courtney say that they love the artistic outlet that owning their food business provides them. They say that “sharing creativity through food is what inspires” them most, and that like Alex Sartoga, they “love seeing expressions on peoples faces” as customers chow down. 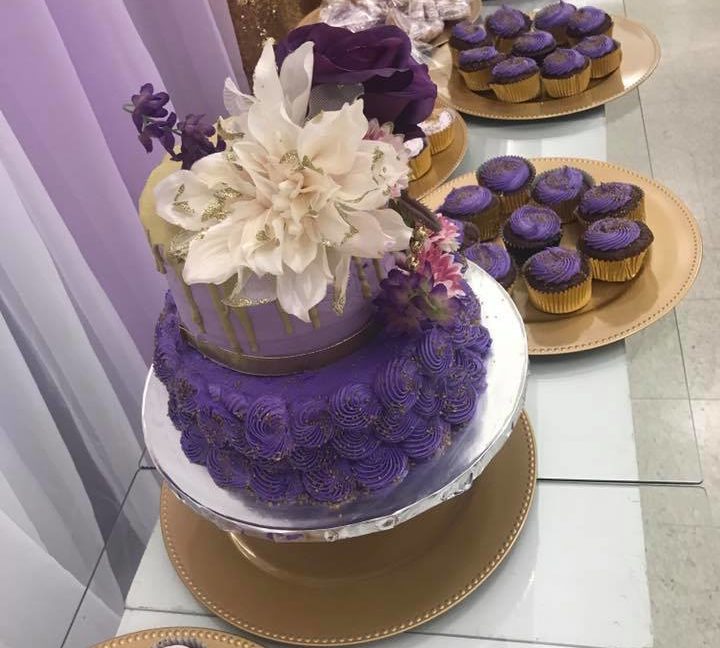 Once Monique opens her store, she will also be running a baking (and possibly cooking) after-school-program, and summer camp for the community. Additionally, Monique hopes to run baking classes for adults out of her space.

Credentials of Owner/Cook/Chef: Monique has been baking since she was a little girl. As an adult, she received an Associates Degree for culinary arts, and a Bachelor’s Degree in hospitality.

During culinary school, Monique started selling her baked goods to support herself.  While running her first bakery, The Sugar Cube, Monique taught culinary arts for 10 years  at Lincoln High School in Jersey City.

Monique has appeared on Queen Boss on BET, and will be representing the State of New Jersey in The America’s Best Bakers competition. The competition will take place on May 12, 2018.

Biggest Challenges Right Now: When asked what her biggest challenge is right now, she laughed. “Opening!”

How She is Working Towards Meeting the Challenges: Monique says that the key to meeting her challenge is persistence and consistency. She says she  makes calls weekly to anyone she’s waiting on for final approval of her shop.

Why do you do what you do? In 2006, Monique opened her first bakery, The Sugar Cube, in The Hub, in Jersey City. She says that her son, Miles, was her #1 fan — he would run around and hand out samples, and his infectious smile and personality would draw customers to her business.

Monique says that for years, Miles was in remission from cancer, but it had begun to come back. Tragically, in September of 2008,  due to complications from a bone marrow transplant, Miles passed away.

A few years later, in 2014, Monique opened up her second bakery, Sweets 4 Miles in memory of her son. Through her bakery and its sister-organization, Miles to Go, Monique donates cakes for children with terminal illnesses, educates minorities about bone marrow transplants and donations. For the birthdays of hospitalized children, Monique is currently working on a plan to donate cupcake kit boxes. Each box will include cupcakes, icing, sprinkles and decorations as a fun birthday activity.

You can also watch an interview with Monique Here. 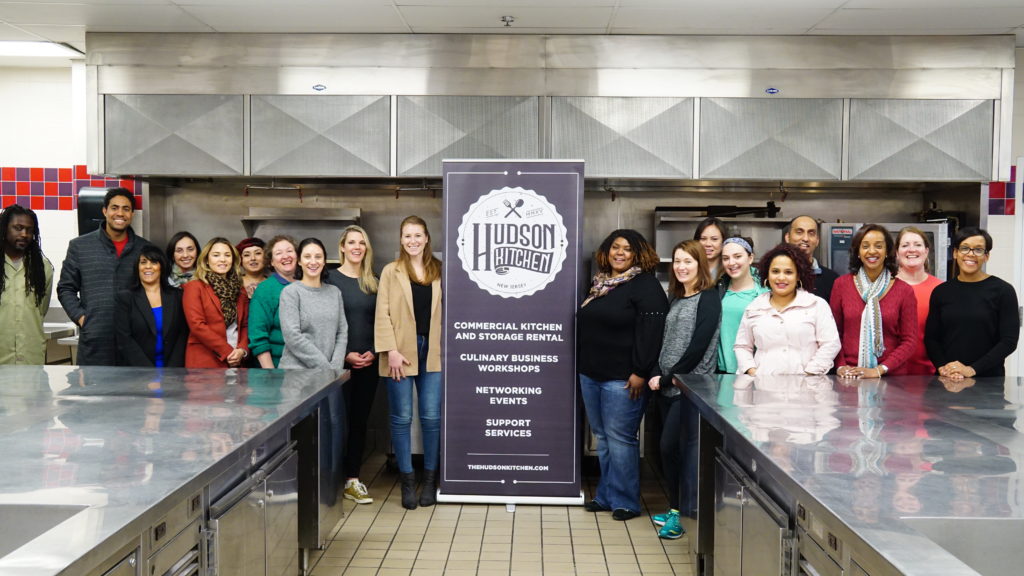 Type of Food/Service: Although Hudson Kitchen doesn’t sell food, and isn’t in Jersey City, this  food business incubator is and will continue to be indispensable to foodpreneurs across Hudson County in the years to come. While Hudson Kitchen’s commercial kitchen space won’t be ready until the end of the year, Djenaba has already helped entrepreneurs in the food space through a series of workshops, coaching and bootcamps.

Credentials of Owner/Cook/Chef: Djenaba’s story on how she ended up with a food incubator is perhaps a bit different than what one might expect. After being laid off from her job in 2015, she decided to start a fitness concierge business. In that field of work, Djenaba noticed that a lot of clients weren’t sure what they should be eating, so she teamed up with a chef to fill that need. The problem was, the chef was having difficulty finding a place to cook.

Long story short, Djenaba realized that this was an issue that a lot of individuals in Hudson County (and NJ in general) were facing. On top of lack of commercially-viable cooking space, Djenaba noticed just how difficult it was to find all of the information needed to start a food business in one place. To respond to this need, she shifted her business model, and ended up having more fun helping people in this way.

Biggest Challenges Right Now: The biggest obstacle Djenaba faces at the moment is lack of hours in the day. She noted that she wasn’t just opening a rental kitchen, but also offering business training through a bootcamp, and food business consulting, which means less time to dedicate to working on the physical location.

How Are You Working Towards Meeting the Challenges? To address these challenges, Djenaba, is currently working every day of the week, and hires independent contractors when necessary. To help with the volume of requests she gets, Djenaba has released a series of online resources that covers the most common concerns people have about starting a food business. Djenaba says that this practice, as well as publishing profiles of local foodpreneurs also helps people realize that they aren’t alone — that successful entrepreneurs were in the same boat just a few years ago.

Why do you do what you do? Djenaba says that she loves what she does and keeps coming back for more because it’s so much fun. She says that she realized that that she enjoys helping people starting their own ventures, because their backstories are so interesting.  “Having the human connection is very important — their dogs, kids; what are their goals; do they want some extra income, or do they want to grow into a national business,” all contributes to her passion.

GET THE RISING TIDE CAPITAL NEWSLETTER